What Is Google Penguin?

Google Penguin is an algorithm update made by Google in April 2012 that targets manipulative link building practices and link spam.

While Penguin was initially launched as a separate “filter” for search results in September 2016,Google announced that it had become part of the core ranking algorithm.

That’s why it’s essential for anyone involved in digital marketing and SEO to know what Google Penguin is and how it can affect your search ranking.

Why did Google launch the Penguin update?

Before the Penguin algorithm update, there was a big emphasis on link volume in determining a webpage’s scoring by Google.

In other words, the more backlinks a page has, the more likely it was to rank highly on the search engine page results (SERPs).

The problem was that low-quality websites and content would rank more highly in organic search results than they deserved.

Google had already started a war against low-quality websites and black hat techniques with the Panda algorithm, which targeted content farms.

Then, in 2012, Google Penguin was announced as part of Google’s “webspam algorithm update” to target link schemes and keyword stuffing:

How does Google Penguin work?

The first thing you need to know is that Google Penguin only deals with incoming links into a website (also known as “backlinks”).

What kind of backlinks does Google Penguin target? Take a look at some examples:

Updates to the Penguin algorithm

Google didn’t stop with the first iteration of Penguin in 2012. There have been many updates since. Here are the main ones you should know:

The first launch looked predominantly at the links pointing to the home page, rather than inner pages. It impacted approximately 3.1% of queries but completely shook the SEO industry and forever changed how companies execute link building strategies.

This was actually the fourth update if you include the initial launch. For the first time, the algorithm looked beyond the home page and top-level category pages for link spam. As a result, it affected roughly 2.3% of English queries.

Penguin 3.0 wasn’t a major algorithm update, but another data refresh. It allowed those who had cleaned up their backlink profiles to recover and those who had continued to use spammy link practices but had been missed in earlier versions to be penalised. This affected less than 1% of English search queries.

“Google's algorithms rely on more than 200 unique signals or "clues" that make it possible to surface what you might be looking for.

These signals include things like the specific words that appear on websites, the freshness of content, your region and PageRank.

One specific signal of the algorithms is called Penguin, which was first launched in 2012 and today has an update.”

The real-time element was really important. With previous updates, the list of sites affected by Penguin was refreshed at the same time. So, even if a webmaster fixed their problems and improved their site, they had to wait for a Penguin update before they would see their sites improve in ranking.

With the latest version, this all changed. Now, Penguin's data is refreshed in real time, so webmasters can see more immediate results.

Now for a closer look at what Google Penguins targets.

The common denominator with all of the below is that Penguin is looking to prevent websites with unnatural link profiles from ranking high.

Anchor text is the text used to link back to your website. In the past, the more anchor texts you had, the better you ranked – which is why spammers were busily building keyword-rich anchor text back to their sites.

Now, if Google finds that the majority of backlinks to your site use the keyword rich anchor texts, there’s a good chance your site will be penalised.

How many is too many? Google’s kept the answer purposefully vague so spammers can’t manipulate the system.

2. Links to & from bad neighbourhoods

You don’t want to be part of a ‘bad neighbourhood’. This refers to websites that are low quality or contain inappropriate content, like gambling sites or adult content.

If Google sees that these sites are linking back to your site, it’s bad news.

If you have heaps of links from sites that are not your niche and have nothing to do with your industry, it tells Google that you’re involved in low-quality link building.

Why is it called Google Penguin?

Nobody really knows. It was officially called the Penguin algorithm update in a tweet from Matt Cutts, then head of the Google webspam team. One theory is that it pays homage to The Penguin, from Batman!

Remember Google Penguin is just one of more than 200 signals the search engine uses to determine rank. The main thing is to focus on creating a high-quality website and content that other sites want to link to. 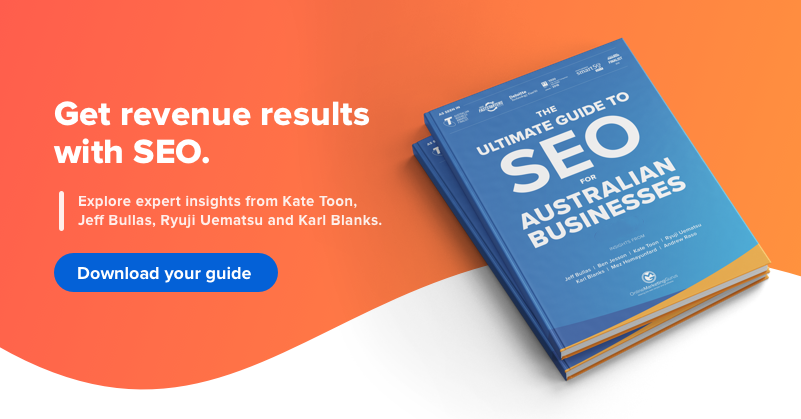 A combination of the above
Get a Free Audit call to
skyrocket your growth.

1 2 3 4
What is your digital marketing budget?
Recommended min of $2k/month retainer plus Google/Facebook spend for best results.

$10K+
“I have been working with Mez and Andrew since 2013 across multiple retail brands. Measurable results and advice to further grow the business. The team at OMG are personable, honest, reliable and talented – this is attributed to the hard work and success that Mez, Danny and Andrew deliver.”
Karleitia Bodlovic
Digital Marketing Head @ Calvin Klein

1 2 3 4
Your details.
“OMG has gone above and beyond to fix our website dramas and the Magician Russell fixed it all. I had a call from Danny at 7pm to explain not to panic and explained everything to me. You guys are far and beyond what any other company has done. WELL DONE TEAM!”
Nick Sammut
Founder & Managing Director
@ Toast Creative

Thank you!
A guru will be touch very soon.

“OMG have provided a great service to date. From strategy through to weekly optimisation, we are seeing improvements in our SEO results month on month. We look forward to continuing our journey with them.”
Ingrid Debsia
Marketing Manager @ Ezy Pay

Related blog posts:
UX and SEO: Understand How Design Can Affect Your ...
Keyword Research: The Ultimate Guide For 2022
Everything To Know About Shopify SEO in 2022
View all blog

This is Andrew Raso

Andrew is the Executive Chairman, Group CEO and one of the founding members. He has a long illustrious career in the SEO and SEM industry and has written for many prestigious websites, including entrepreneur.com, jeffbullas.com, searchenginejournal.com, kissmetrics.com and contentmarketinginstitute.com. He was also featured on Sky News Business and awarded the 30under30 award by Anthill.

After years of working for agencies, Andrew started OMG to remove the complexity of SEO and provide simple, transparent results. He has recently won a B&T 30 under 30 award in the Entrepreneur category.

Andrew has featured in and contributes to Entrepreneur, CMI, Jeffbullas, Search Engine Journal, and more. Andrew has also been featured on Sky News Business and Foxtel’s ‘Industry Leaders’.

Related blog posts:
UX and SEO: Understand How Design Can Affect Your ...
Keyword Research: The Ultimate Guide For 2022
Everything To Know About Shopify SEO in 2022
View all blog

100% transparency, no excuses, and no dodgy practices. Just serious digital results.
FREE AUDIT!
Get your proposal
WORTH $2000